An article presenting our stud and riding acitivities has been published on the page of Ampascachi Horse Riding Holiday in four languages. The English version can be read here.

Young akhal tekes from Ópusztaszer Akhal Stud took part at the autumn eventing race from 15-17. October. 2021. Eventing is a 3days event (dressage-cross country-show jumping) This was a successful weekend for the horses and riders.

It was the horses first race in eventing. Both horse achieve flawless cross country and show jumping.

Azték  (Akhal Teke gelding sold by us) was the winner in the 26 km endurance ride on 7th of August, 2021 in Switzerland. He had an excellent pulse of 39. His next race is early September. Next year he goes up to the next category of 40km.

Maria Marquise Baverstock gives a picture of
AKHAL-TEKE STALLION MAKKA SHAEL TRAINING IN THE NETHERLANDS
In October 2010, a Russian rider Vitaly Andrukhovich and his Akhal-Teke stallion Makka Shael arrived at
Stal Sprengenhorst to spend three months with Rien and Inge Van Der Schaft at their dressage
training facility in Apeldoorn, Netherlands. Towards the end of their stay, the verdict from the trainers –
some of the most respected in Europe – was: “We need two more years for you to reach the Olympic
standard.” 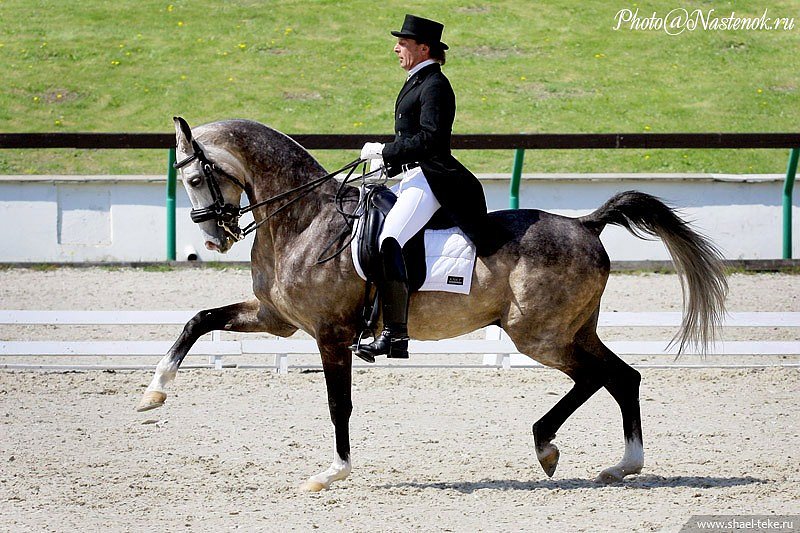 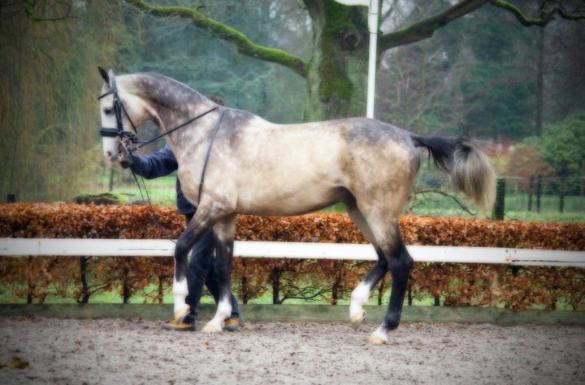 Makka is endowed with superb leg conformation, characteristic of many of Gayaz children: long,
broad, “meaty” forearm, very short cannons, ample bone all around, strong pasterns and good feet.
He has powerful, free shoulders, straight action and effortless trot extentions with a high toe and a big

swing. His movements are loose and electric, active and exact.
For a Teke, he has a fairly heavy way of landing but the ample energy reserves propel him
forward to create the overall impression of power and elegance.
“It was amazing to see him fly through the riding hall”, says a Dutch Akhal-Teke owner Anne
Stuart who is inspired to continue her dressage work with her own horse, “He looks like a butterfly
dancing his way past the other horses”.
Makka has established basics, shows excellent collected canter on a small circle with transition
to half-pirouette and is almost completely secure at the PrixStGeorge-level elements. He is starting to
learn piaffe and passage and working on three- and four-time changes.
The combination is hoping to return to the Netherlands this summer for another 3-months stay
and this time to enter some of the Dutch national Opens. The economics of travelling from Russia and
back coupled with expenses of staying abroad are daunting but to do this horse justice, Andrukhovich
feels it is essential to overcome insularity and work at the European level. Interestingly, he finds the
Dutch way of teaching positive and uplifting. “In Russia, I am constantly told “Your problem is…”. Here
they just get on with it, working on this movement or that”.
There are still years of hard work before Makka can claim the high accolades in dressage but he
certainly sets an impressive example to which the Akhal-Teke breed today can aspire. May the wind be
in his sails.
Maria Marquise Baverstock